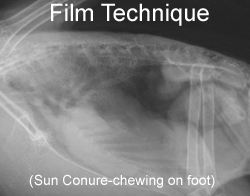 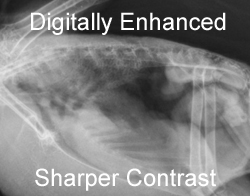 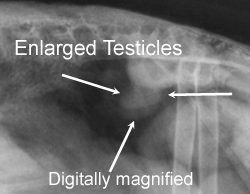 The definition of a radiograph is a composite shadow of structures and objects in the path of an x-ray beam recorded on film (emulsion or digital). Because a radiograph is, in essence, a "shadowgraph", produced following geometric rules, a veterinarian uses this knowledge to interpret these "shadows" based on the animals anatomy to create a three-dimensional mental image from a series of two-dimensional images. Unfortunately, a radiograph is more complex than just a simple shadowgraph because we see more than just the borders of each organ. The x-ray beam is absorbed or scattered based on certain subject densities. The higher the density, the less the x-ray beam penetrates, and the "whiter" the film becomes. These densities are:

Many times two organs of similar density are so close to each other that they form a "silhouette-sign" that appears as only a single structure thereby complicating radiographic interpretation. Other radiographic modalities can be utilized to isolate and thereby identify each individual structure: A barium series, Computer Aided Tomography (CAT) Scan, or Magnetic Resonance Imaging (MRI). An x-ray machine can produce survey radiographic films and the films of a barium series, whereas specialized equipment is required to produce a CAT scan or MRI film. 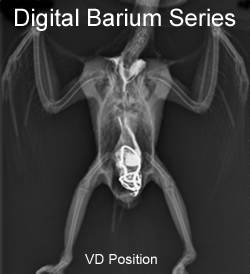 June, 2005 - Dr. Nemetz working together with Eklin systems over a six month period developed the first fully digital radiographic (DR) system with the necessary high definition parameters to make digital radiology a reality for avian medicine. The digital cassette used is the same high definition unit used in human mammography centers. The computer interface was custom designed and built for use in The BIRD Clinic. Installation alone took 14 hours!

The BIRD Clinic radiology system can unlock information most other systems cannot see. In post "film" development many things can be altered including rotation, magnification, contrast and tissue setting adjustments, along with precise measurements of tumors, fractures, an enlarged liver or heart, and ingested foreign material. In the first week after installation the system was helpful in finding a 1mm ingested foreign body (containing Zinc) in a patient as well as an even smaller abnormal calcium deposit in the abdomen of a cockatiel once it was magnified to the size of an amazon! All of this while maintaining detail and clarity. The animal's size (finches, canaries, budgies, etc) that has plaqued avian veterinarian's diagnostic ability is now minimized with this high definition's system ability to magnify but maintain definition and detail. 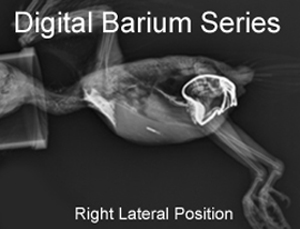 Along with better diagnostic capacity it is safer for the patient because anesthesia time is reduced by 75% and the "development" of the digital film takes less than 3 seconds compared to over 5 minutes using conventional film techniques. This speed difference reduces the number of retakes necessary to obtain proper diagnostic films thereby providing a superior as well as safer procedure for all of our avian patients. Even in cases presented in critical condition we can get digital radiographs safely and efficiently.

The BIRD Clinic and Dr. Nemetz were very excited to be part of this breakthrough in avian medicine and now have an extensive digital radiograph database of patients that can be used for teaching and transmission through the internet to colleagues around the globe.

At the time of maturity for the avian patient, The BIRD Clinic recommends a set of baseline digital radiographs. Hopefully nothing abnormal is found, but any juvenille developmental pathology can be detected and notated. This can then be used as the reference for any future radiographs that may need to be taken in the future.

Often clients ask why our radiographic procedures are more expensive: It is really simple, we have the most detailed system so we can see more than other systems; we take a bird's entire body in two views versus only part of the patient; and the images are being interpreted by Dr Nemetz who has lectured worldwide on avian radiology and has the most extensive knowledge in the field.

Please contact us if you have any further questions ..... 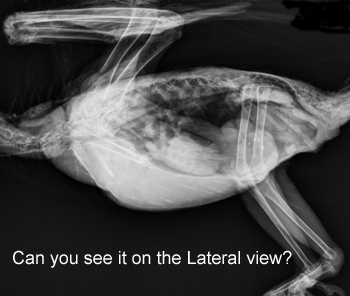 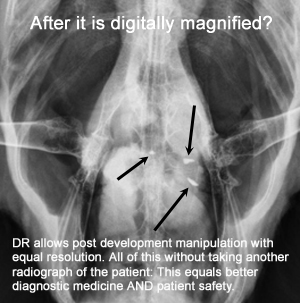